To book an appointment with a counsellor or if you have questions about SACHA's services call 905.525.4573.

To get in touch with the broadCAST the SACHA volunteers and staff who work on SACHA's blog email erin@sacha.ca

For the month of March, McMaster’s Student Walk Home Attendant Team will be donating one dollar to SACHA for every walk that they provide.

SWHAT understands that walking home late at night doesn’t cause sexual assault, so they created some awesome images to help bust myths and lies about rape. 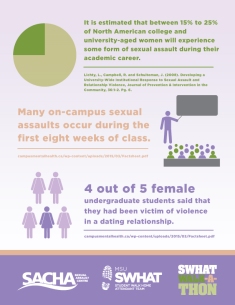 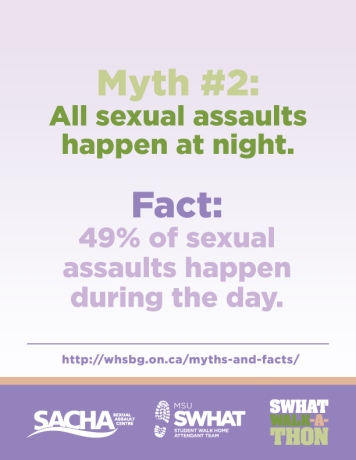 If you’re on McMaster’s campus you can request a walk anytime from 7pm – 1am, 7 days a week three ways:

Finn has been doing a work placement at SACHA since January.

Finn’s working on finishing their high school degree and is constantly on the lookout for more puppies to cuddle.

They kindly allowed us to interview them for our blog:

Why did you choose a placement with SACHA – an intersectional feminist collective?

Yesterday SACHA’s Jia Qing and Lenore spoke at City Council about the need for a city-wide Transgender Protocol.

Good Morning, I’m Jia-Qing Wilson-Yang and this is Lenore Lukasik-Foss.  We’re here today on behalf of the Sexual Assault Centre (Hamilton and Area), also known as SACHA, to encourage City Council to support the Transgender Protocol. In my work on a provincial project on trans women and sexual violence, coordinating a Canada wide research project on trans women affected by HIV, and as a youth worker supporting trans youth; as well as in my life as a trans woman, living in community with other trans women, I can tell you that first steps like this protocol need to be supported by people like you.

There simply are not enough statistics about trans people, but thanks to Trans Pulse an Ontario based study, we know that 34% of trans women have been physically assaulted for being trans and that 98% of trans people have experienced transphobia* (Marcellin, 2012.) We know that across Canada, 70% percent of trans youth report having been sexually harassed. END_OF_DOCUMENT_TOKEN_TO_BE_REPLACED